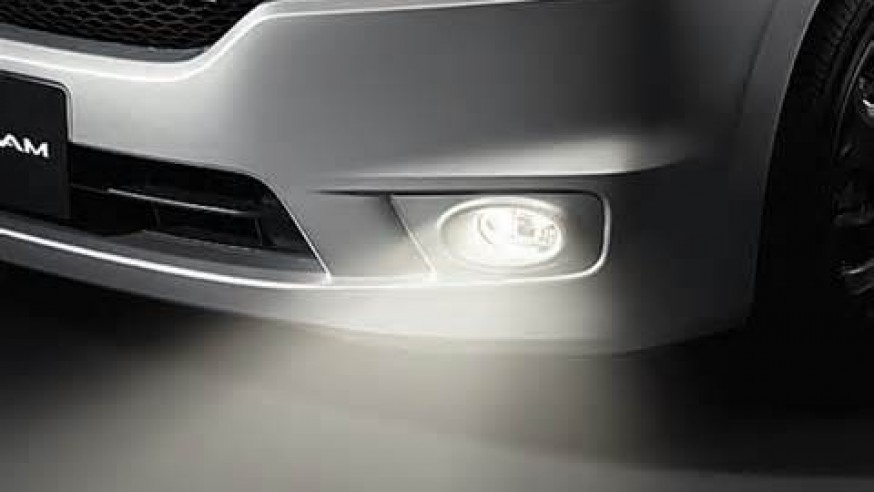 A foggy roadway presents one of the most hazardous driving conditions out there. Fog is similar in its makeup to a cloud at ground level. Water vapor in the air condenses and forms suspended water droplets when the temperature reaches the dew point; the water droplets in the fog act as small mirrors, often reflecting the light of normal headlights back into the field of vision of drivers, making driving a real hazard.
The Hazards of Fog
Fog scatters or reflects light — this is why you should not drive in fog with your high beams on. Visibility is also severely limited in foggy conditions, sometimes to a quarter of a mile or less. A driver’s perception of speed and distance is also affected in fog, because contrast is reduced. Our ability to accurately see objects is based on the brightness of the object in relation to the brightness of the background. This reduced contrast causes a driver to judge motion to be slower, making it more difficult to tell the difference between moving and motionless objects. Drivers are also likely to underestimate their own speed when driving in fog. Speed is judged by a driver’s movement in relation to objects in their field of vision, such as the perceived effect of telephone polls “zipping by” when a driver is going fast. With the lower contrast and visibility caused by fog, it becomes more difficult to judge speed.
How Fog Lights Work
Many lights are marketed as fog lights, but they are not all equally effective in helping a driver see in foggy conditions. The light pattern is what makes the difference in a good, effective fog light. Fog lights should have a wide beam pattern of 70 to 120 degrees, with a flat cutoff on top to reduce the amount of light directed up into the fog and thereby reducing the reflection of that light into the driver’s field of vision.
No light can penetrate fog. Fog lights should be mounted and aimed to illuminate the road under the fog, which tends to drift a foot or so off the ground. Fog lights should be mounted at bumper lever or lower and aimed straight ahead or slightly down, to be most effective.
The Yellow Wavelength Fallacy
Each color in the light spectrum has a different wavelength. Air molecules scatter colors of shorter wavelengths more so than those of longer wavelengths. White light contains all colors, the argument has been made that yellow light, with a fairly long wavelength, will be less likely to be scattered. The problem with this argument is that the moisture droplets that make up fog are too large to selectively scatter different wavelengths of color. This being the case, yellow light holds no advantage over white light.
The Disadvantage of Average Yellow Lights
Almost all yellow fog lights are made of a white light bulb with a yellow filter or lens. By putting a colored lens over a white light the output is reduced by as much as 30 percent, which makes the average yellow fog light less effective than the average white fog light.

Previous PostWhat Is ASR on Cars?
Next PostCar audio system overview for your understanding