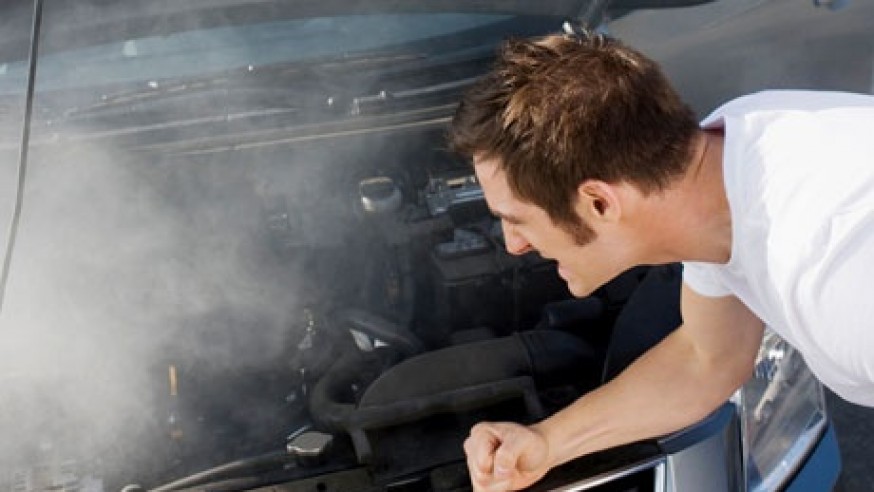 While the sages and learned men among us may espouse that where there’s smoke, there’s fire, sometimes — especially where engines are concerned — smoke is just smoke. While it may not be devastating in and of itself, smoking is often symptomatic of deeper problems that require immediate attention before burning through all the cash in your wallet.
Exhaust Smoke
Exhaust smoke comes in three basic flavors: black, white and blue. Black smoke typically comes with a strong odor of fuel, and indicates that there’s too much fuel or not enough air going into the motor, or that there’s a spark malfunction causing a misfire. White or grey smoke indicates water in the cylinders, likely due to a coolant leak through the intake gasket or head gasket. Blue smoke comes from oil burning in the cylinders. Oil usually gets in through either a leaking intake valve seal or through worn piston rings. Cylinder misfire, loss of power or a loss of fuel economy may accompany any color exhaust smoke.
Oil Smoke from Engine
Oil smoke has a distinct smell, like an asphalt parking lot or roofing tar on a hot day. Odds are good that if you’ve got any kind of smoke coming from the engine bay, then it’s due to oil leaking from somewhere and dropping onto the exhaust manifold or catalytic converter. Valve cover gaskets are one insidious and endemic cause of oil smoking, particularly on V-configured engines. Oil pools inside the valve cover along its inner edge; any breach in the valve cover gasket will send anything ranging from a drip to a steady stream of oil falling onto the exhaust manifold.
Smoke from the Oil Filler
This is a common ailment, particularly for older engines. Almost all engines will emit a faint wisp of smoke from the oil filler cap due to oil burning inside the engine. Older engines are more prone to developing the hot spots that contribute to this oil smoke, but oftentimes you’ll find that it’s a result of worn piston rings or cylinder bores. Worn piston rings will allow the pistons to suck oil into the cylinder, where it burns and then shoots past the piston rings. Oftentimes, the crankcase ventilation valve will suck this smoke back into the engine to be re-burned, but if not then the oil smoke will rise from the oil filler cap. This is especially true if you’ve got a clogged or malfunctioning PCV valve or tube.
Electrical, Steam and Other Smoke
Electrical smoke usually has an acrid tang, impossible to mistake for anything else. But that’s only if the smoke is coming from a hot wire; bare copper wires like those in the alternator emit a more subtle fragrance of ozone and hot metal. Alternator smoking is fairly unlikely unless the alternator is completely fried, in which case you should get a check engine light and a low voltage light. If your engine puffs out an occasional stream of white smoke, it could be steam coming from your coolant overflow tank. Leaking and burning transmission fluid and power steering fluid will also create a cloud of smoke similar to an engine oil leak, but with a slightly more chemical aroma.