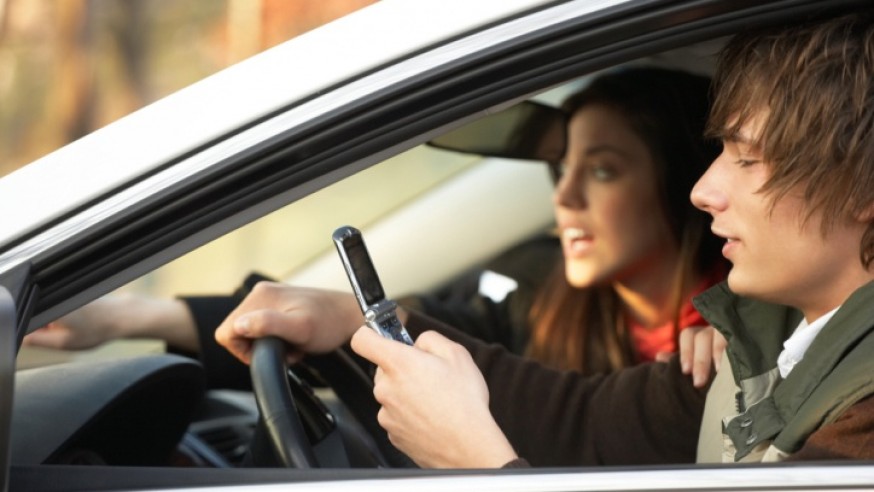 Kick away the misconduct of texting while driving

Nowadays, we benefit a lot from the technology development. Our communication ways have also changed accordingly. Among them, texting has won a lot of people’s favor. It is common to see that kids and adults alike feverishly tapping out message after message. During car driving, one should be keen and focused enough to react quickly and correctly to emergency situations. Thus, if you are texting while driving, you are distracted and such driving is dangerous. In many states, texting while driving is illegal.
Distraction
People think they are good at multitasking, but in fact, the opposite is true. Like a computer, the human brain can only do one thing at a time, so multitasking is really just switching between two tasks as fast as possible. Unfortunately, the brain cannot perform these functions as quickly as a computer. Because both driving and texting require concentration, neither gets the attention it truly needs. This can cause the texting and, more importantly, the driving to suffer.
Dangerous
Texting while driving requires the driver to continually take her eyes off the road. The driver must also use a hand for texting, which means it is not being used to control the car. The National Highway Traffic Safety Administration reports that in 2008, there were 5,870 deaths and another 515,000 people injured in accidents where distracted driving was a factor. Texting while driving is distracted driving.
Expensive
Anyone who has had an accident knows how expensive it can ultimately be. At the very least, even minor repairs to an automobile can be very costly. Liability for injuries to passengers, people in other vehicles and pedestrians can run into thousands of dollars. Increases in insurance premiums due to accidents are another cost that must be factored in.
It’s Against the Law
To deal with the issue of texting drivers, many states enacted laws that specifically prohibit it. The Governors Highway Safety Association reports that, as of 2011, 34 states have enacted anti-texting laws. Of those, 31 states consider it a primary offense; meaning an officer can make a stop based solely on texting while driving. It is often only a citation offense with a small fine, but a ticket is always a hassle. Several states are taking the issue so seriously that they brag about having “the toughest texting law in the country.” New Jersey and New York will increase fines into the hundreds of dollars and increase points against the drivers’ license; with repeat offenders facing license suspension. Utah, however, has made texting while driving a crime. If a driver is texting and kills someone, it is treated the same as if a drunk driver did it and carries a sentence of up to 15 years in prison.

Previous PostAll-season vs. winter typed tires, which one should I go for?
Next PostProtecting your car from thieves in a comprehensive way