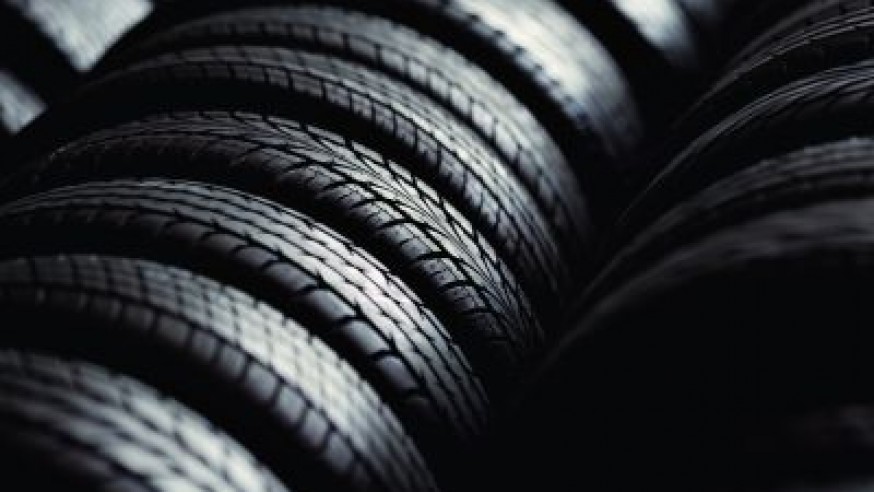 How Does Tire Size Affect Towing?

Tire and wheel swaps are among the most popular aftermarket modifications out there today, but changing wheel or tire size can have unforeseen consequences in terms of torque delivery to the ground. This can have either disastrous or beneficial effects on towing, depending upon the vehicle, its engine and the gearing in the transmission and differential.
Gearing Basics
Gear sets either multiply or divide torque by using different-sized gears on the input and output shafts. For instance, if an input gear is 2.0 inches in diameter and an output gear is 8.0 inches in diameter, then the smaller input gear will need to turn four times to turn the output gear once. This has a direct effect on torque transmission to the gear. If that input gear receives, say, 200 foot-pounds of torque per revolution, then the output gear will end up transmitting 800 foot-pounds. In car terms, this plays directly to the relationship of engine rpm to axle rpm. With a 4-to-1 ratio, the engine turns four times faster than the axle shafts.
Tire Size and Torque
Things get a bit more complicated when you add tires into the mix. You can think of the tire-to-road relationship as a kind of second gear set; the tire moves a certain distance per revolution and the road stays still, so changing the diameter of a tire will have the same net result as changing the diameter of your differential’s input gear. A smaller tire, like a smaller gear, will turn faster but transmit more torque to the ground. A larger tire will turn slower and transmit less torque. In practical terms, smaller tires net you higher engine rpm at a given speed, but more towing power; larger ones drop engine rpm and towing power.
Applications
Contrary to popular belief, lower rpm doesn’t always equate to better fuel mileage. While it is true that most vehicles run at a higher rpm than they really need to for additional throttle response, tow vehicles often need it to move heavy loads. Using larger tires may drop your engine below its efficiency peak, and below the rpm at which it makes suitable power for towing. But it’s not a bad idea if you expect to see nothing but flat lands, high speeds and lighter loads; in this case, bigger tires may net you some additional fuel economy. But if you plan to haul your truck’s maximum tow weight up mountains, you may do better to install smaller tires.
Other Considerations
While effective gear ratio and tow weight do play an important role in choosing the right tires for a given application, they’re not the sole determining factors. For instance, a 5,000-pound travel trailer may not seem like much of a haul for a truck rated at 10,000 pounds, but that trailer has the aerodynamics of a brick. In this case, installing bigger tires may cause your truck to struggle on the highway as it fights the air for dominance. And don’t forget that larger or smaller tires are going to move your hitch closer to or farther from the ground by a factor of half the change in tire diameter. For instance, going from 30-inch tires to 25-inch tires will move the hitch 2.5 inches closer to the road.
Whether working on cars is a hobby or a cost-driven necessity, most DIYers and backyard mechanics are better off with inexpensive alternatives to expensive professional tools. There are some good tools that can interface with your computer, phone, or tablet.