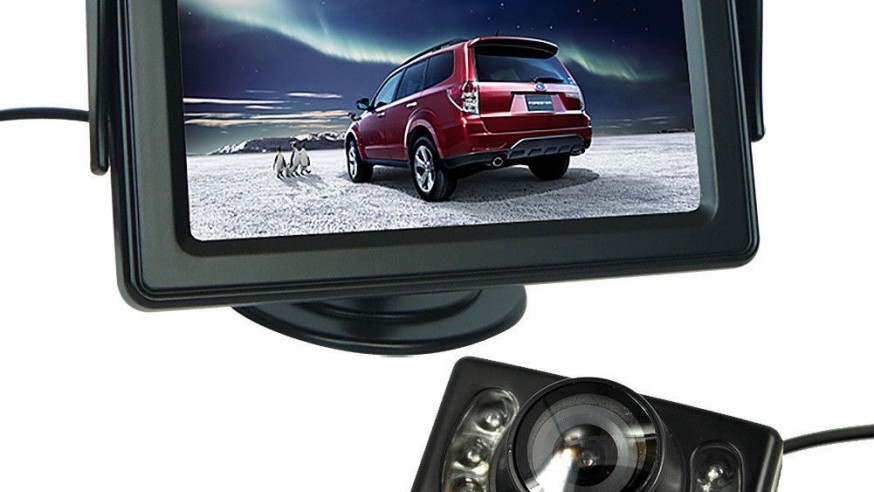 Getting to know auto backup camera

Modern designs of cars have given them a nice sleek appearance, but this has come at the cost of safety. The styling trends- the wide rear pillars and smaller back windows which made the cars look better from the outside have made it increasingly difficult for drivers to see what is around their cars, both in driveways and parking lots.
Every year, thousands of children are hurt or killed because a driver backing up didn’t see them. These back-up accidents happen too frequently and driving safety advocate Janette Fennell even has a name for them: the bye-bye syndrome. The Insurance Institute for Highway Safety (IIHS) reports that almost 300 individuals are killed and 18,000 injured annually in backover crashes, with most victims being children and the elderly. The main reason that back-over accidents are so frequent is that every vehicle has a rear blind zone—the area you can’t see from the driver’s seat. And that zone to the rear is bigger than you might think, ranging from about 25 feet for a minivan to 50 feet for some pickup trucks–plenty of space for an unwary child to be in harm’s way. To eliminate the blind zone and enhance driving safety, we need help of review monitoring technology.
On March 31, 2014, the National Highway Transportation Safety Administration (NHTSA) finalized a long-delayed regulation meant to reduce back-overs. It sets a 2018 deadline for rearview monitoring technology to be standard on passenger vehicles sold or leased in the United States. In most vehicles, the technology will consist of a back-up camera. When the driver puts the car in reverse, a display in the dashboard shows the image from a camera mounted at the rear of the car. Some cars show a simple video feed from the rear camera, while others overlay distance and trajectory lines, the latter of which indicates the path of the car depending on how the wheels are turned.
The backup camera systems themselves have wired ones and wireless ones. Whether to go with a wired or wireless system depends on what quality you desire, your budget, and your application. Wireless system’s installation is simple since there is no need to run a cable from the rear of the vehicle to the display which resides near the dashboard. However, nowadays it still has issues with reception due to interference caused by WIFI signals, Bluetooth devices, satellite radios and CB radios. Thus, you may not be able to get a picture at all in some high population areas such as neighborhoods and cities. On the contrary, wired systems don’t have such annoying and they provide a much higher quality picture and are very reliable. But accordingly, the installation of these units is complicated.
When choosing a specific model of backup camera, you need to review three primary elements-picture quality, camera lens and audio. To get pictures with high quality, you’ll want a camera that comes with a CCD sensor which is the same sensor used in today’s digital cameras other than a CMOS sensors equipped on lower quality backup cameras. As to camera lens, which impacts the overall viewing angle, you should pay attention to its size. Audio capabilities tend to apply for larger vehicles such as RVs. Audio’s benefit stands out when someone is assisting in backing the vehicle as you can hear their instructions through a speaker in the display.