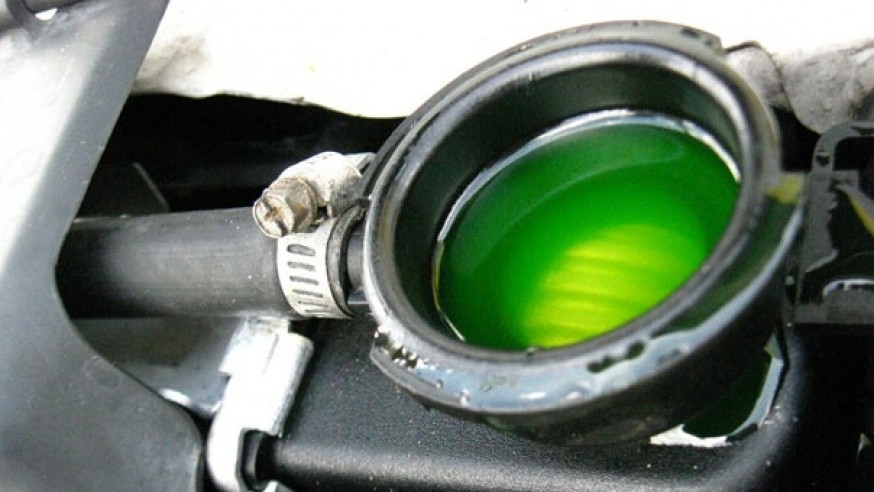 Yes, engine coolant does deteriorate over time, but unless something unusual occurs, you probably won’t need to change the coolant in most late-model vehicles until 100,000 miles. Older vehicles probably require more frequent coolant replacement, so check your owner’s manual to be sure.
Most manufacturers now use extended-life coolant with a recommended change interval of 100,000 miles. That varies based on maintenance schedules for each manufacturer and individual models. Some Subarus, for example, call for coolant replacement after 13 years or 132,500 miles. Many Ford engines say to replace it after the first 100,000 miles and every 50,000 miles thereafter, though heavy-duty applications (such as frequent towing) should have it done more often.
No matter what the maintenance schedule is for your vehicle, after a few years of ownership it is a good idea to have the coolant checked by a professional periodically for acid buildup, rust and other contaminants, and for its resistance to freezing and boiling. If you have added water (particularly tap water) to top off the cooling system, you may have introduced contaminants or diluted the antifreeze/water mix (generally 50/50) and altered the freezing and boiling points.
If your engine is running hotter than normal, deteriorated coolant could be a possible cause. Most manufacturers and service shops recommend flushing the cooling system at the same time the coolant is replaced to get rid of deposits that accumulated over the years.
Manufacturers specify certain types of antifreeze, and some may be red, others pink or green, but don’t go to an auto parts store looking for the right color. You need to ask for the right type of antifreeze for your vehicle, whether you’re adding some yourself or having it replaced by a pro.
If you are a vehicle enthusiast and your vehicle has some other problems, why not buy vehicle diagnostic tools from our website, and then diagnose auto malfunctions all by yourself. These vehicle diagnostic tools are：Autel MaxiDAS® DS708，Autel MaxiDiag Elite MD802，Autel MaxiSys MS 908，and so on.

Previous PostDo you have to change the oil every 3,000 miles?
Next PostDon’t Scrimp on Vehicle Maintenance