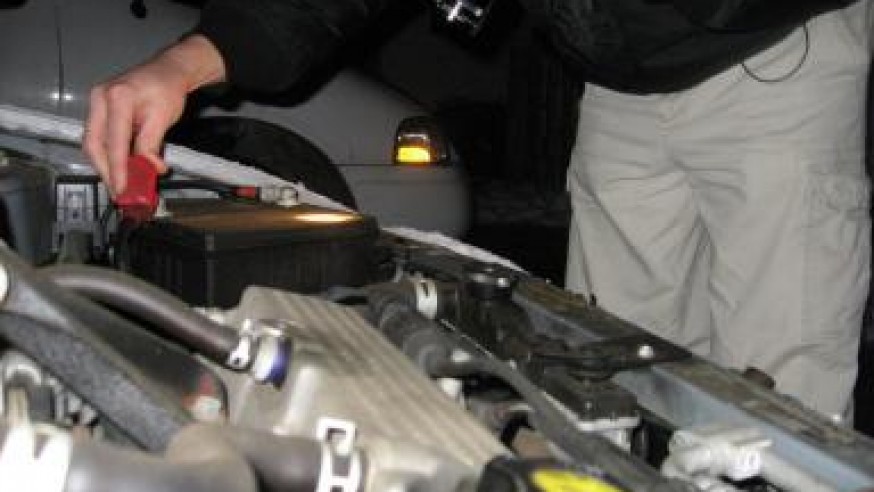 You should never let anything come between your car and a good battery connection. If you want the day to come to a grinding halt in a hurry, driving with corroded battery posts is the way to do it. It takes only a millimeter of crunchy white residue to keep your car from starting.

Your car’s battery is the starting point (no pun intended) for every system it uses. This is because it’s used to start the car! The conditions surrounding your battery posts create the perfect breeding ground for nasty corrosion, which will appear as white, crusty residue around the battery posts. As the corrosion builds up, it becomes harder for your car to connect strongly with the battery. That’s why we need to get rid of it.

There are scores of products out there to clean your battery and help keep it that way. Here you’ll find a couple of them, but the idea is pretty much the same regardless of your method – get ’em clean.

Battery Terminals: You can’t wash your feet with your shoes on, and you can’t properly clean a battery post with the cables connected.

You’ll need one or two wrenches depending on your setup. Look at the terminal; it should have a nut on one side with the other side being either another nut, or a big square. If it’s a big square, you’ll only need one wrench. If it’s another nut, grab two. You can use open end wrenches or something more universal like pliers or a small Crescent wrench. It’s always best to use a properly sized tool if it’s available, but since we’re not race car mechanics, sometimes we just have to make it happen.

If your terminal seems pretty stuck, take a flat head screwdriver and gently pry the terminal open by inserting it in the gap above the bolt. Don’t try to pry the terminal upward off the post. You could pull the post out with dire consequences. If it’s still stubborn, give it some serious twisting strength, even using some large pliers to give it a twist. This should loosen it up.

Now that you’re looking at just the battery and terminals, you can clean them up.

There are a number of ways to get the corrosion off your battery posts. Folklore will tell you that you can pour Coca-Cola over your battery to remove the white stuff. This actually

Does work, but unless you’re cleaning your battery posts on a deserted island with nothing but a supply of Coke, I’d go with a more modern (and clean) method.

Your auto parts store will have a few choices of corrosion removal fluids, and they are all pretty much the same. The Victor kit shown came with a little brush, but it was quite little.

With your battery terminals off, squirt the solution on the battery posts and terminals, especially the inside. If you have the little brush, you can “brush away stubborn build-up.” It will start to foam, and let it do this for a few minutes, then rinse it off with a little water. Now install anti-corrosion discs if you’re using them (see next step), re-install your terminals, positive side first, and you’re back in business!

A little note for the very money-conscious: these corrosion eating fluids are nothing but baking soda and water, so feel free to make your own!

I prefer the tried and true elbow grease method of cleaning your battery connections, which we’ll discuss next.

The tried and true way to get your

Battery posts and terminals clean involve a wire brush and a little elbow grease. You’ll need a medium-stiffness wire brush. If you can bend the bristles back and forth easily, that’s medium enough. You should also wear eye protection, and maybe even a dust mask. Brushing corrosion sometimes causes it to fly around.

With the terminals off the battery posts, liberally brush all of the parts, especially the inside of the terminals, until the corrosion is gone and you are looking at clean metal. A toothbrush-sized brush makes it easier to get to the inside part.

Once they’re clean, install anti-corrosion discs if you’re using them (see next step), re-install the terminals, positive side first, and you’re good to go!

Once you’ve cleaned your battery posts and terminals, you want them to stay that way. Some people swear by these little furry terminal protectors for keeping the corrosion away. I’ve tried them and, to my surprise, they seemed to work to some degree. I still saw corrosion on cars that were prone to it, so don’t rely on them entirely.

Using the discs is pretty self-explanatory. With the terminals removed, simply add the discs, installing the red disc on the positive post and the green on the negative.

Previous PostCaring Tips for your Car Engine in the Freezing Winter
Next PostClean Car Challenge: 7 Ways to Keep Your Ride Yuck-Free When You Have Kids