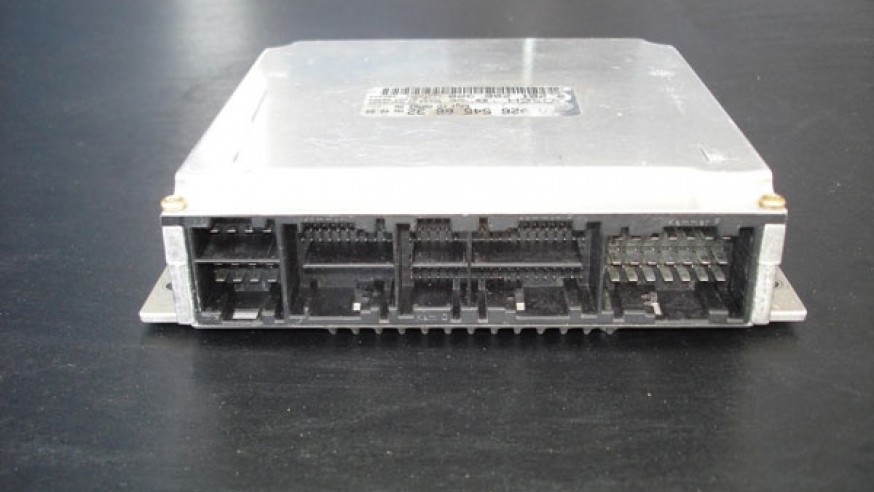 Can I repair problems with my car’s Engine Control Module?

Computer systems now manage and handle more than ever, and your vehicle’s engine is no exception. Unless you’re still driving a decades-old model without digital components, your auto depends on a piece of computer hardware called the Engine Control Module, or ECM, to work correctly. This quite awesome little device has a big job. Simply put, it monitors, regulates, and adjusts the engine-related systems that make a car go. Knowing about what the ECM does and doesn’t do for your vehicle will make it much easier to understand and diagnose problems when those dashboard lights illuminate, or something just doesn’t feel right.
What Does the ECM Do?
Think of the ECM as a kind of computer, because that’s what it is. Just as your home computer’s motherboard controls the memory chips, the disk storage system, the DVD drive, and the video display, your car’s ECM controls engine parts in the same way. In this case, we’re talking about the fuel system, air handling, and electrical control. Once upon a time, vehicles used only manual and mechanical devices for making these components work together. Now it’s the ECM’s job to keep them running in concert so that your engine can function efficiently and without problems.
How Does the ECM Do All of This?
Everything the ECM does to control your engine involves a process of monitoring, regulating, and adjusting. For example, the ECM communicates with oxygen sensors in your car to determine whether the correct air/fuel blend is being sent to the cylinders. If the blend isn’t right, the ECM can send signals to the fuel injection system that correct the problem. Most modern vehicles also use the ECM to regulate throttle control; when you step on the gas pedal, signals are sent to the ECM, which regulates the amount of fuel being burned, which determines how fast the vehicle goes. In addition, the ECM monitors exhaust system sensors to make sure emissions standards are being met, and determine whether a repair may be in order.
How Can You Tell if There’s a Problem with Your Car’s ECM?
This part can be tricky. When something seems wrong with an engine, a strange vibration, a grinding noise, or a loss of power, we don’t usually think right away that it’s the computer’s fault. Typically, it’s not; those symptoms are more likely to be caused by any number of mechanical problems, such as a slipping belt, a clogged air filter, or a damaged engine head gasket. In some cases, the ECM will actually help by displaying an error code that can be used to diagnose the mechanical problem. However, more rarely, the ECM can suffer from its own problems. When other mechanical issues can be ruled out, it’s time to analyze the computer that’s controlling those components. In general, it’s best to leave it up to trained auto repair personnel to check the ECM for damage or malfunction.
How Do You Repair a Damaged ECM?
Unless you’re a trained professional comfortable with spending lots of time and effort on intricate circuit board repairs, you don’t. “Fixing” an ECM is an extremely complicated process, even auto repair professionals typically don’t have the time, knowledge, or materials to get into this kind of project. When problems are traced to the ECM itself, replacement of the entire unit is generally the only solution. Looking around online will give you some idea of what you can expect to pay, depending on your particular vehicle make and model. Don’t be afraid to do some comparison shopping if you’re able; as with many other auto parts, retail prices (and labor costs) for the same unit and repair job can vary quite a bit depending on the supplier and the shop.
The Engine Control Module in your vehicle is an impressively efficient “brain” that keeps multiple systems within your vehicle running smoothly. This also means that when something does go wrong with the ECM, the effects can be dramatic. Remember, though, this doesn’t happen too often. Take care to rule out all other mechanical causes of problems before suspecting the ECM. And if the ECM is the culprit, don’t be surprised when the auto repair shop tells you it needs to be replaced rather than repaired; this is just one of those parts that’s too self-contained and complex to make repair financially feasible.

Previous PostMy engine misfires, how and why?
Next PostHow can I know if it is the time for a wheel alignment?