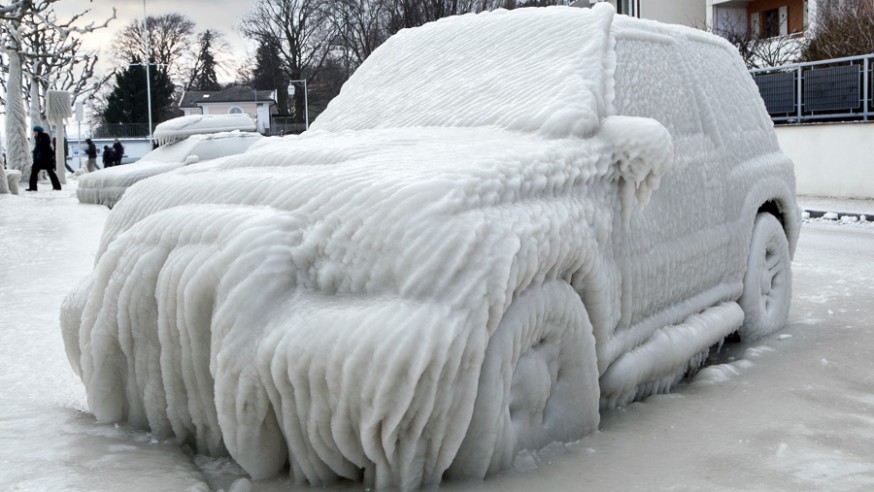 Can battery operated heaters heat up my car?

Question: Can battery operated heaters heat up my car?
The “winter” temperatures of the place where I have been living until now never really got that low, but in the near future, I’ll move to some place much colder. The thought of climbing into a freezing car every morning for months really make me feel horrible. In addition, I have to park my car outdoors on the street. So I am thinking would battery operated heaters help?
Answer:
The answer to your question depends on what, exactly, you mean by “battery operated heaters.” If you mean 12 V heaters that are designed to run off your car battery, then yes, some of them work just fine, but they’re not really designed to be used when your car isn’t running. There are also a handful of self-contained battery operated heaters that won’t run your car battery down. Of course, these units typically don’t work as well due to the limited nature of the built-in batteries they use.
Setting Reasonable Goals for a Battery Operated Heater
In order to determine whether a battery operated heater will work for you, it’s important to decide what your goals are. Do you want to heat up the entire interior volume of your vehicle a specific number of degrees? Or do you just want to defrost the windshield so that you don’t have to get out an ice scraper and freeze your fingers off every morning? The former is a lot more energy intensive, and if that’s your ultimate goal, you’ll probably end up disappointed in just about any battery-operated portable car heater you find.
Using Battery Operated Heaters to warm up a Car
If you want to use a battery operated heater to actually warm up the entire volume of air inside your car or truck, there are two interconnected things that you need to consider. The first is how much electricity the heater will need to use. For example, let’s say that you’re working with a 500 watt battery powered heater that’s connected to your car battery. In order to find out how much amperage this heater draws, you can divide the wattage by 12 V.
500 W / 12 V = 41.667 A
If your car battery has 50 amp hours of reserve capacity, then you could run that heater for just a little over an hour before draining the battery. Of course, car batteries aren’t designed to be ran down like that, and completely discharging your battery will damage it.
The main point of this exercise was to show that even a big battery like the one in your car can only run a heater for a very limited amount of time, which means that battery powered heaters that use anything smaller than a car battery will provide even less heat. Some battery operated heaters do contain sizable gel pack batteries that are comparable to deep cycle marine batteries, but you’re still dealing with a limited amount of reserve power capacity and potential heat output.
The second consideration is the volume of air that you’re trying to warm up, and how much energy it will take to accomplish that goal. This is a far more complicated issue since you have to take into account not only the volume of air, but the size and composition of every object inside the vehicle, the starting temperature of the air, the relative humidity, and other factors. The relatively small amount of space inside your car means that you don’t need a tremendously powerful heater, but you also have to consider heat loss through the windows and the fact that it can get very cold inside a car overnight.
Using Battery Operated Heaters to Defrost Windshields
If you’re more concerned with simply defrosting your windshield and potentially taking a bit of chill out of the air at the same time, then a battery operated heater might do the trick. Unless you’re dealing with thick sheets of ice, even a relatively low-powered heater like some of the 200 watt battery powered units out there will probably get the job done to your satisfaction. Of course, just about any other type of electric car heater will do a better job. If a plug in car heater really isn’t an option, then it might even be worth it to look into an aftermarket remote car starter.

Previous PostCan I successfully recharge the air conditioner in my car?
Next PostWhich type of automotive batteries work the best 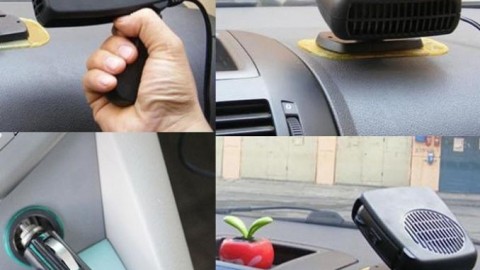 Getting your car heater back to its lively life