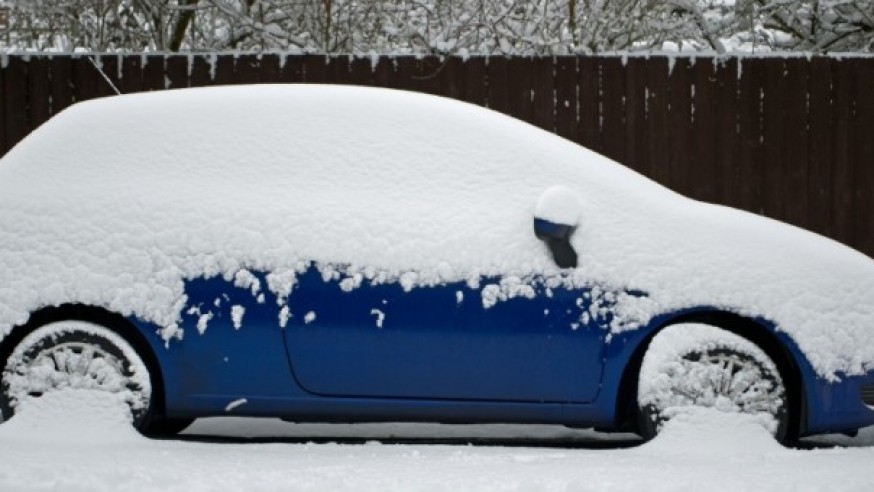 Buying a Car? Find Out How Weather Conditions Can Cause Auto Damage

There are lots of things to consider when researching a car’s past. Most people want to know if the car was involved in any accidents or sustained some type of damage, perhaps from hail, theft or vandalism. Also high on the list is knowing how well previous owners took care of it, getting the oil changed regularly and following the recommended schedule for preventative maintenance. But one detail buyers shouldn’t overlook is where the car was previously registered.
Why, you ask? It’s simple – the weather. Each area of the country has its own unique weather conditions that can take their toll on the car you’re thinking of buying. Whether it’s the extreme heat of the Southwest or the salt air of the Southeast, location is something you’ll want to definitely consider.
Heat and salt air notwithstanding, the conditions caused by winter weather can be especially harmful to a car. Since there are a number of states that experience harsh winter months every year, it’s likely the car you’re considering has spent time in one or more of them. That means the engine, battery, frame or undercarriage, body of the car and more could be affected.
One of the biggest contributors to car problems caused by winter weather is road salt damage. Road salt can accelerate auto damage like rust and corrosion where nicks and scratches exist if it’s left on the exterior of the car. It can also corrode the metal undercarriage, which then becomes a safety concern. In fact, there have been numerous recalls due to corrosion from road salt. Car buyers concerned about open (unfixed) recalls for this or other issues can check for free at recall.carfax.com. More than 2.1 million cars that had unfixed safety recalls were for sale online in 2012, according to CARFAX data.
You’ll want to be especially aware if the car came from any one of the so-called “Salt Belt” states, where large quantities of road salt is used to help the ice and snow melt faster. Most states in New England, the Mid-Atlantic and the upper Midwest are part of the Salt Belt. Find out how long the car spent in those states — information on states where a vehicle has been registered in the past is often available on a vehicle history report — and have a mechanic inspect it for evidence of road salt damage before you buy.
You might want to have the battery and engine checked during the inspection, as well. When the temperature is at or below 0 degrees Fahrenheit, a fully charged battery has less than half its starting power. Repeated starts in brutally cold weather also may reduce battery power and life. Plus, increased friction as cold, gooey oil is pushed through an engine during startup can lead to the need for costly repairs.
The weather wreaks havoc on millions of cars every year. But knowing where a car has been before you buy it can help you stay ahead of the storm.
Mike Orsini is the head of blog marketing at CARFAX. Headquartered in Centreville, VA, CARFAX is the most trusted provider of vehicle history information that is used by millions of consumers each year. CARFAX Vehicle History Reports™ are available on all used cars and light trucks model year 1981 or later.

Previous PostBreaking In a New Car
Next PostCar care advice